Rattle and Hum - No more!

Nobody likes a rattle and hum when travelling off-road, so good storage of items that can roll or shift during transport is essential. The Expander Double Storage Bag by Front Runner is a canvas bag that holds two (2) Expander Chairs. It features zippered access and two carrier straps to support added weight with black nylon edging for added rigidity. Expander Chairs are also available through our online store. Find out more here
https://performancelandies.com/.../expander-chair-double.../ 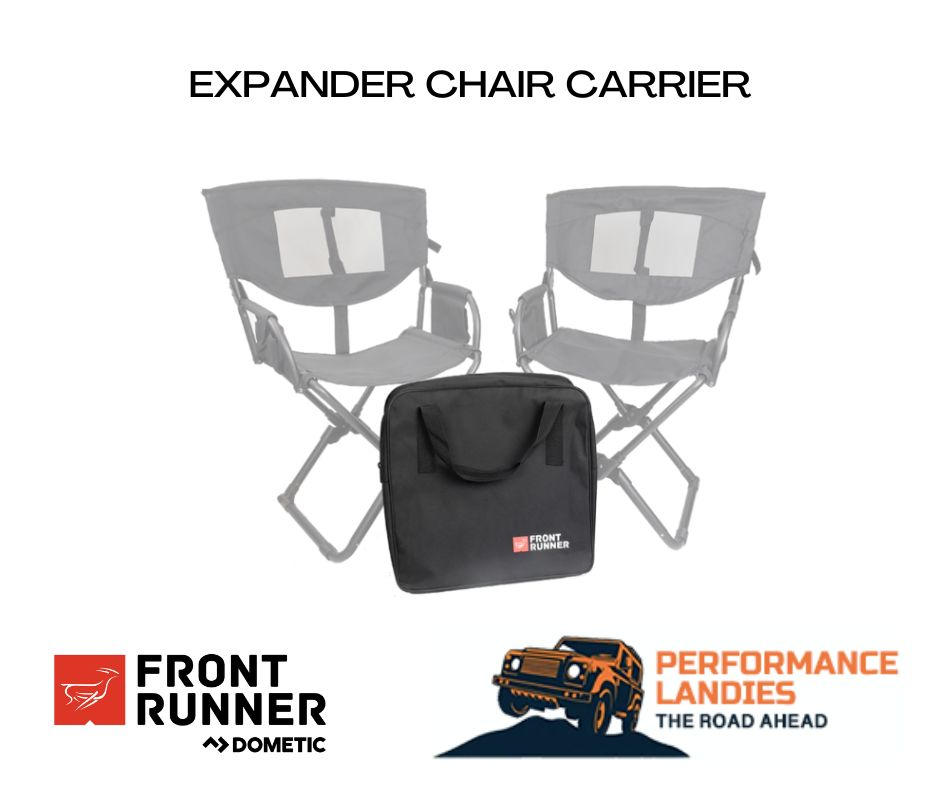 Going Bush? Enjoy a hot shower with a view!

There’s nothing quite like enjoying a hot shower, especially when out camping, which makes the Shower Arm from Front Runner a must have. It unhooks easily from the base and folds in half, compact, to be stored under a car seat or inside a Front Runner Wolf Pack, etc. Mounts anywhere off the side of a Front Runner Roof Rack. Click for more info.
https://performancelandies.com/.../rack-mount-shower-arm.../ 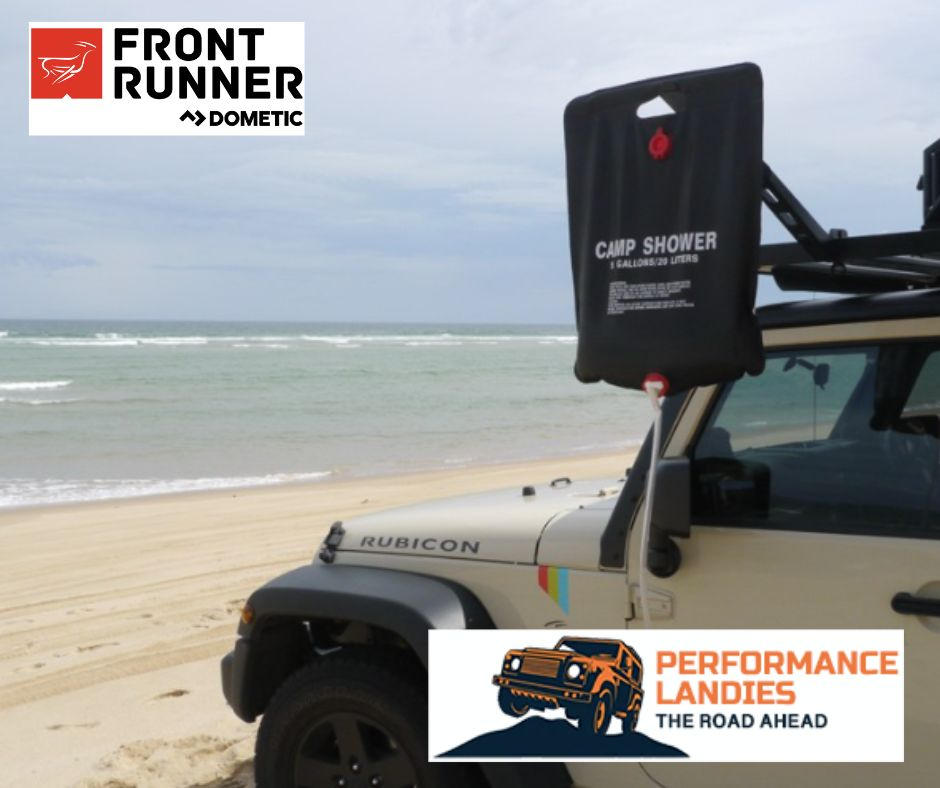 The South African Kingsley Holgate team of explorers have just completed their 40th expedition, called the Defender Transcontinental Expedition, arriving at Nordkapp, Norway a few days ago. For me as an avid follower of the Holgate family and their various adventures, in Landrovers and river boats, it was such a joy to hear Kingsleys voice, clear as a bell, all the way from the Arctic Circle, on this morning’s SAFM radio programme. Michelle Constant chatted with Kingsley as if he was in the Johannesburg studio, whereas he was near the northern-most point of Europe.

The expedition started at the southern-most lighthouse in Africa, at Cape Agulhas and travelled 35,000 km north through Africa and Europe in their Defenders, to reach the most northerly lighthouse in Europe, the Slettnes Lighthouse. Hot Cape to Cold Cape was a great team effort and a world-first geographic journey with purpose for the new Land Rover Defenders. At latitude 71.0894°N, the team shivered in freezing mist and rain at the base of the 117-year-old Slettnes Lighthouse, waiting for the “permanent sunshine” to reveal itself. After all, they were in “the Land of the Midnight Sun”.

A bit of a riddle arose soon after arrival: Was Nordkapp, the expedition's geographic end-point, the true northern-most point in Europe that one can drive to? Or is it the town of Mehamn (that claims to have the world's most northerly fuel station, bakery and pub), or is it the lighthouse close to the fishing village of Gamvik?

"So now you can say you've driven to the two most northern points of Europe: one on the mainland and one on an island." Then he added: "If you want to do everything 'northern' on your way to Nordkapp, you must detour to Hammerfest, the world's most northern town!"

Hammerfest turned out to be a busy coastal port, the bay lined with timber Norwegian houses reconstructed after WW2 and the team of 6 drove straight into a music festival in the town. At the waterfront there was a tribute to 'Polar Chef' Adolf Henrik Lindstrøm, born here in 1866. Lindstrøm played an essential role in Roald Adumsen's conquest of the South Pole in 1911 and later as crew member and chef on the first navigation of the North West Passage and other seafaring expeditions. Roald Amundsen wrote in his diary: 'He has rendered greater and more valuable services to the Norwegian polar expeditions than any other man.'

The Scroll of Peace and Goodwill reads: 'Welcome to the most northern town in the world with 11,000 people and the most extreme weather (midnight sun and the darkest times) that's also known as 'Little New York' because of the 105 nationalities that live here. We also have the first Struve Meridian point that measured the diameter of the Earth and confirmed the world is not a perfect circle, it flattens out at the poles.”

On SAFM this morning, Kingsley said: “We arrived in the midst of an unseasonal Arctic storm with howling winds, thick mist, freezing rain and near-zero temperatures. But despite the severe conditions and over 270 days of hard travel since leaving Cape Agulhas, it was an exciting moment for the entire team as we proudly flew the South African flag alongside the Norwegian flag at Nordkapp’s famous Globe monument, which marks the ‘top’ of the world.”

The team built a stone cairn on the Nordkapp cliffs topped with pebbles from Cape Agulhas, and symbolically emptied seawater collected from Africa’s southern tip where the Indian and Atlantic Oceans meet, which was carried through Africa in a Zulu calabash.  As with all Holgate expeditions, this Defender Transcontinental Expedition was also a journey of purpose. Travelling in three expedition-kitted new Land Rover Defenders, the six-member team conducted humanitarian work that assisted some 300,000 people along the expedition’s route through Africa.

The crossing of Africa was not without challenges, explained expedition leader and logistics expert Ross Holgate, Kingsley’s son. “Wars and uprisings across the breadth of North Africa meant that for the first time in decades, Africa was pretty much off-limits to overland travelers. We had to re-route to avoid the civil war in Ethiopia and travel through disputed territories between South Sudan and the Republic of Sudan. In doing so, we inadvertently became the first expedition in 30 years to cross Africa from south to north through the two Sudans.”

Upon reaching Europe, the expedition traveled through Greece, North Macedonia and the Western Balkan countries of Kosovo and Serbia, through Montenegro, to reach Hungary and Slovakia. Avoiding the war in Ukraine, the team took roads less travelled through eastern Poland close to the border with Belarus and into the Balkan states of Lithuania, Latvia and Estonia. They then crossed the Baltic Sea and traversed the length of Finland, before crossing into Norway at the most northern border point in Europe.

The Defender Transcontinental Expedition, was the first real-life expedition test for Land Rover’s new Defenders outside South African borders, across two continents and over some of the most extreme terrain on Earth, undertaken by an experienced team that has already completed 39 grueling expeditions to every country on the African continent and beyond – many of them world firsts.

THE ACTION DOESN'T HAVE TO END WHEN THE SUN GOES DOWN !

Smart, efficient lighting solutions will go a long way to brightening up the night shift on any adventure. From driving illumination and accessing gear on your rack to lighting up a campsite table for food preparation, Front Runner has a variety of specifically designed solutions to throw light on any situation.

If you had to start somewhere in lighting things up, we suggest a light bar. In camp and on the road, a high-quality light bar with a powerful, broad beam is an invaluable piece of gear. If you’re driving at night in bad weather, or on an off-road trail where wildlife could cross your path, the Front Runner 40” LED Light Bar will illuminate a wide area making spotting danger far easier. This versatile unit with its 40 intense, high-performance LEDs is far more than just a driving aid and can be used in camp while on your vehicle.

Read on for more info on 40” LED Light Bar and a range of other lighting solutions so that you’re never left in the dark again.

*It’s important to check your local regulations because legalities around driving with additional lights on do differ around the world. 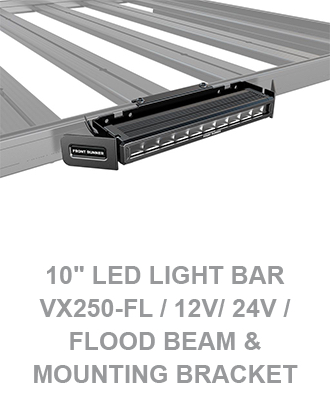 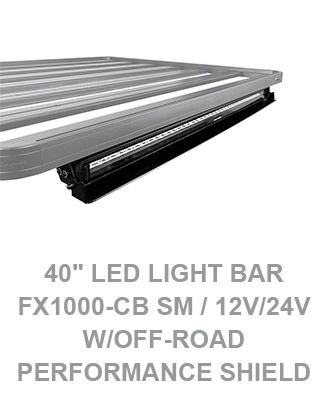 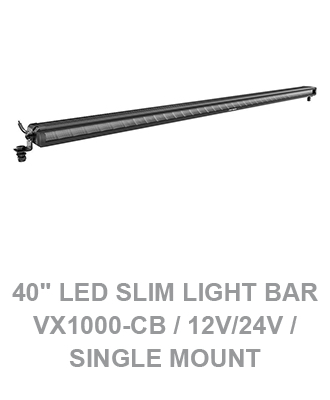 Let There be Light!

Let there be light!

It can’t be overstated how important good lighting is while you’re off-roading.
This powerful 2000 lumen light from Osram, with a polycarbonate lens that makes it perfect for off-road use, illuminates 60m at a 45 degree angle for near field illumination. Three (3) high-performance LEDs offers two LED light functions: a reliable working light, and a stylish X shape accent light. Intelligent reflector design provides very high optical efficiency with even light distribution and reduced glare. Click to learn more. https://performancelandies.com/.../6in-led-light-bar.../ 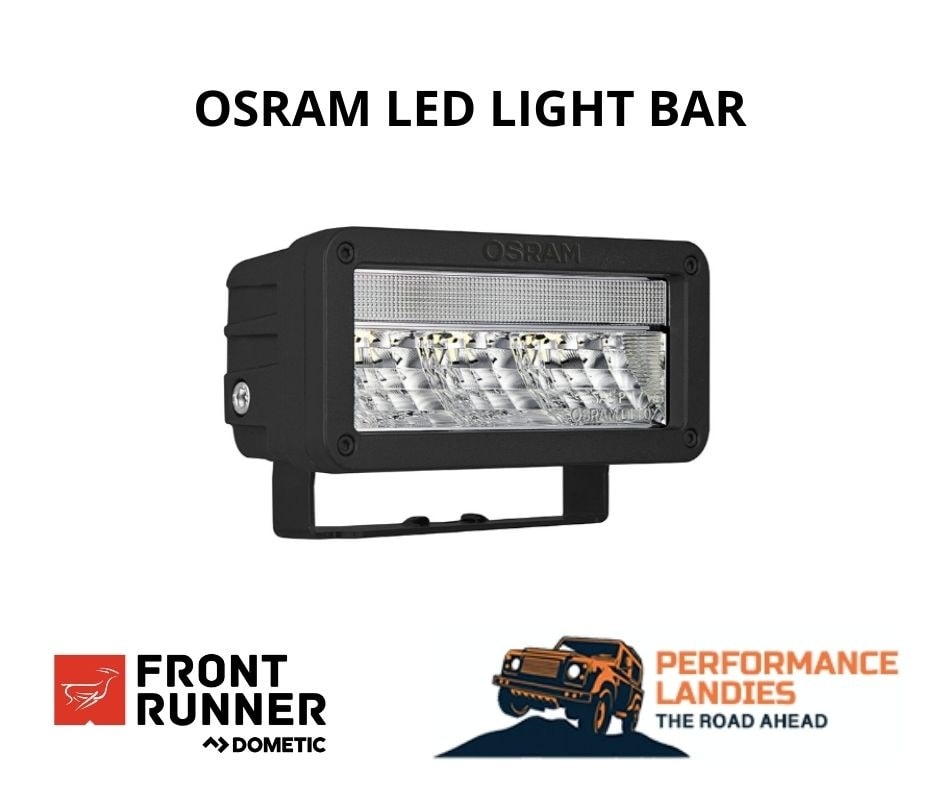 Maximize your storage space with this ingenious, stainless steel cooking grate from Front Runner. It stores over your spare wheel and takes up virtually no space. Featuring a laser cut steel grill on aluminum legs, with grill and griddle sections for campfire cooking options. Learn more here.
https://performancelandies.com/.../camping.../product-4625/ 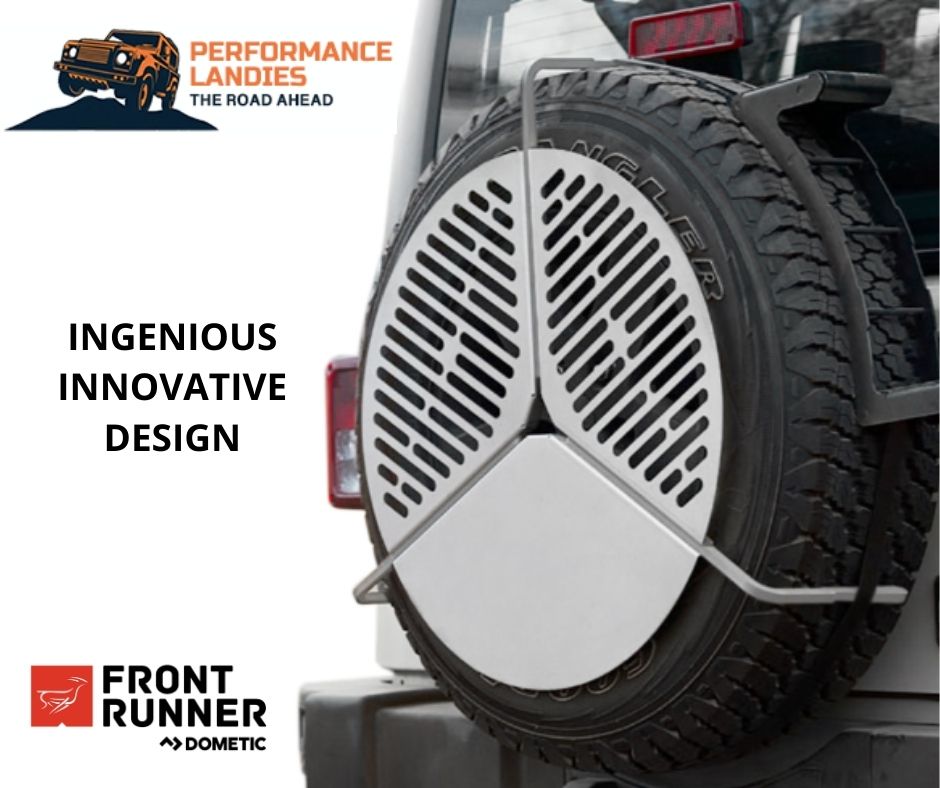 Easily install your bicycle onto your Front Runner Rack in minutes. No front wheel removal necessary. Suitable for all bike sizes and all frame styles including composite carbon frames, all thru axle and brake configurations as well as Lefty forks and full suspension bikes. Front wheel holder is easily adjusted and holds the bike steady while the rear wheel holder is secured. Find out more here… https://performancelandies.com/.../pro-bike-carrier-by.../

A pair of lightweight, easy-to-use vehicle recovery and extraction devices that ensure an easy way out. The large cleats on MAXTRAX MKII grip into the tyre tread and the terrain under your vehicle to prevent it from slipping back into sand, mud or snow. Learn more here…
https://performancelandies.com/recovery/product-4415/ 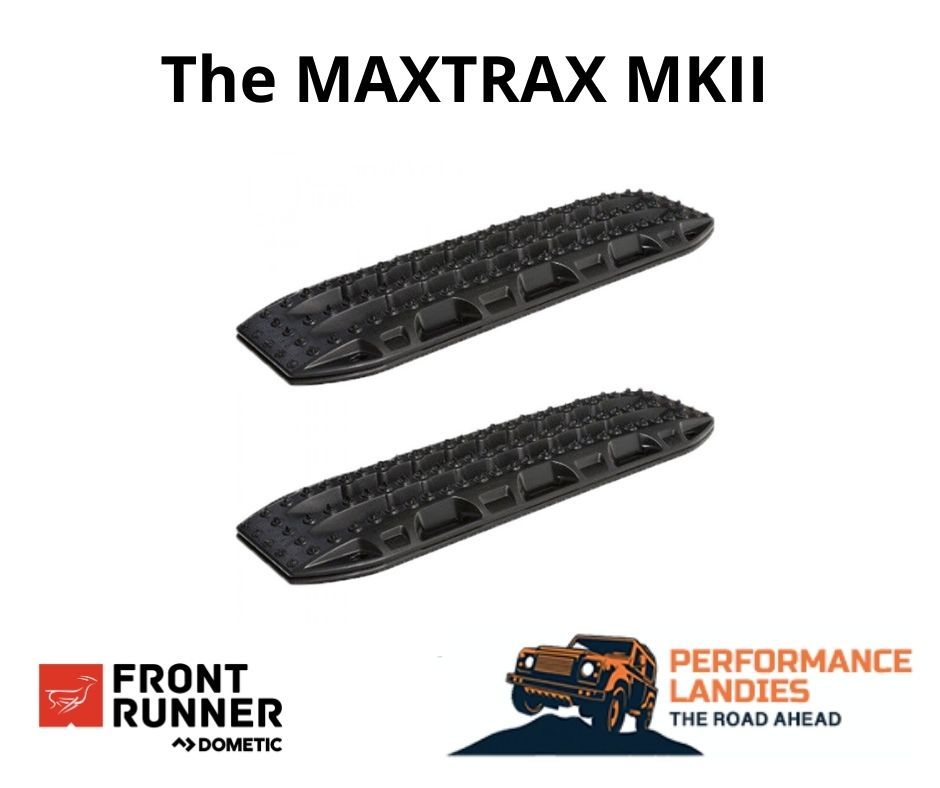 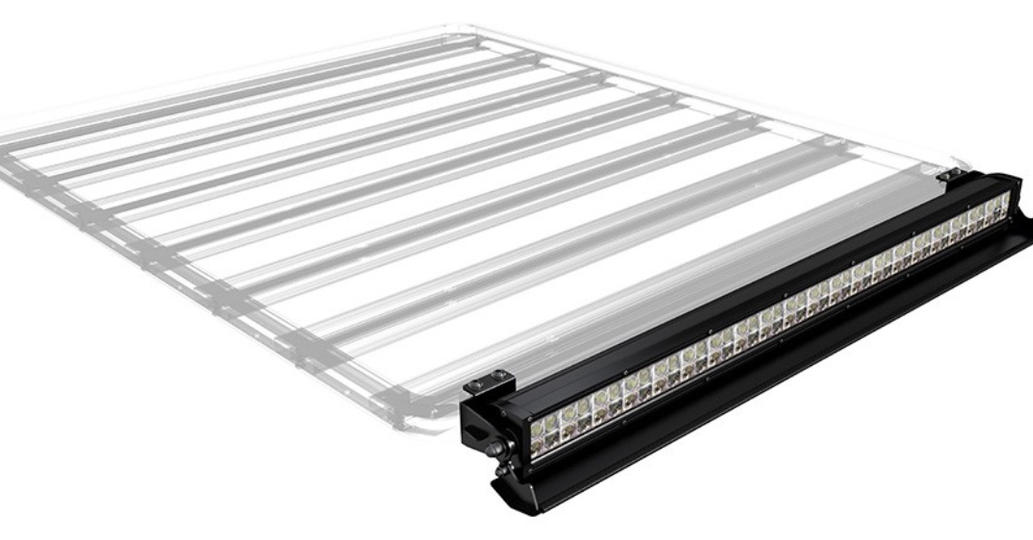 Bad weather, quick decisions, limited space… There are so many reasons to choose the two-person ground tent from Front Runner and Performance Landies. Another is the instant set up; just throw the tent and watch it unfold - then push in the tent stakes. It quickly folds up flat as a pancake and stores away in its heavy duty canvas carry bag with straps to sling over your back or to secure on top of or underneath your roof rack. Find out more about this awesome tent here
https://performancelandies.com/.../tents.../product-4621/ 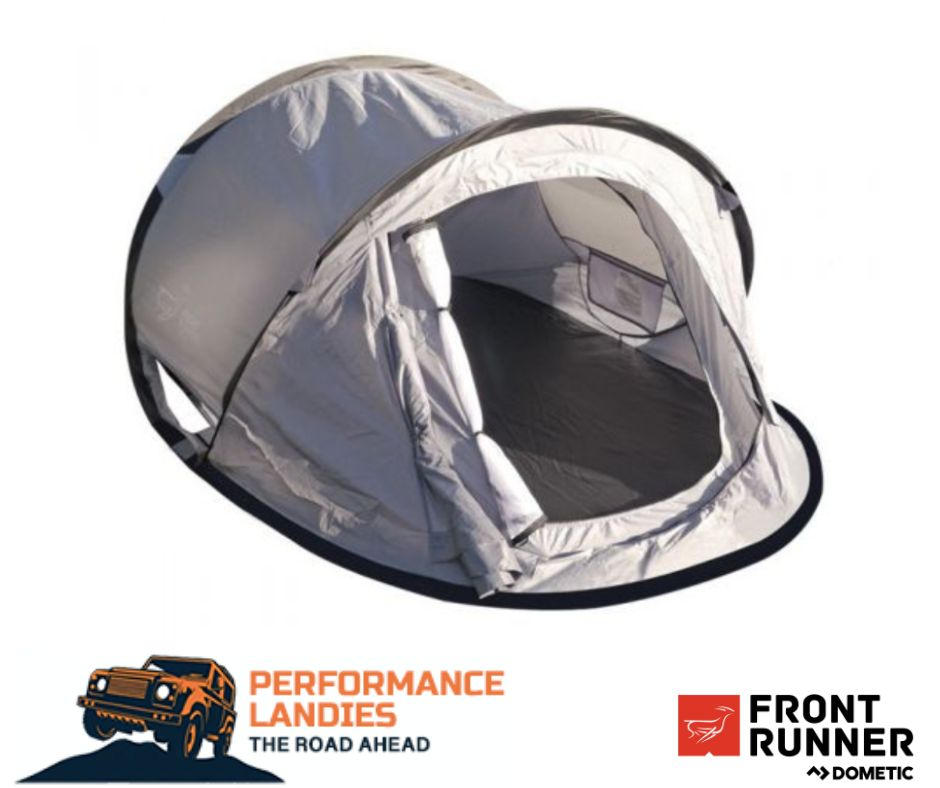